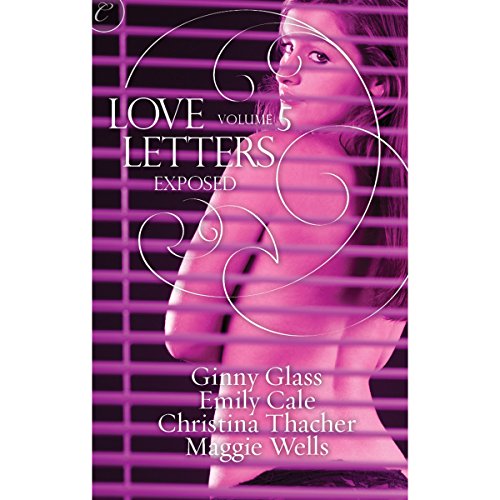 "R Is for Reality" by Ginny Glass: Sheer desperation drives Mackenzie Alexander to persuade handsome cab driver Greg Redding to audition for a role she's been forced to cast. A role that leads to steamy encounters on and off set...

"S Is for Scandalous" by Emily Cale: Taking a job as a nude serving dish at a party is a departure for model Kacey James. But the public event becomes something much more private when one of the guests turns out to be a man from her past.

"T Is for Tango" by Christina Thacher: Adam is shocked when his office's sexy temp, Sonia, starts changing clothes at her desk when everyone else has left for the night - until she makes it clear that he's her intended audience.

"U Is for Undone" by Maggie Wells: Dr. Alec McCarthy has noticed hot nurse and neighbor Sofia Morales around the hospital - but she really gets his attention when she does a striptease for him in front of her window.