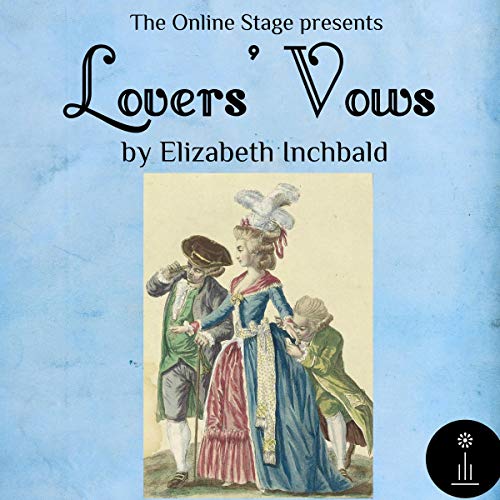 Lovers' Vows by Elizabeth Inchbald. Presented by The Online Stage.

Lovers' Vows is Elizabeth Inchbald's controversial adaptation of the German play Das Kind der Liebe (The Love Child) by August von Kotzebue. Though it met with great success both on stage and in print, some were concerned discussion of premarital sex and the leveling of social rank. Today, it is best known as the play that the Mansfield Theatricals rehearse in Jane Austen's Mansfield Park.