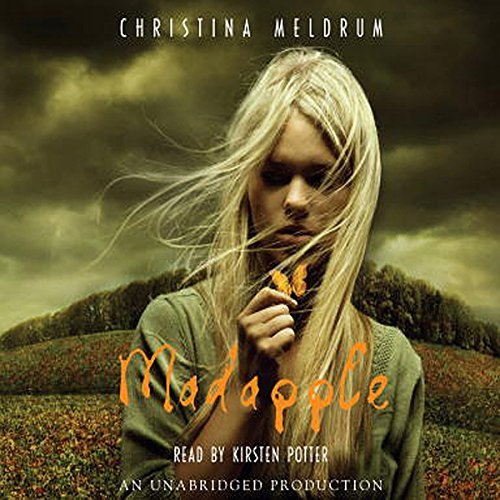 The secrets of the past meet the shocks of the present.

Aslaug is an unusual young woman. Her mother has brought her up in near isolation, teaching her about plants and nature and language - but not about life. Especially not how she came to have her own life, and who her father might be.

When Aslaug's mother dies unexpectedly, everything changes - for Aslaug is a suspect in her mother's death. And the more her story unravels, the more questions unfold...About the nature of Aslaug's birth. About what she should do next.

About whether divine miracles have truly happened. And whether, when all other explanations are impossible, they might still happen this very day.

Addictive, thought-provoking, and shocking, Madapple is a page-turning exploration of human nature and divine intervention - and of the darkest corners of the human soul.

"There is much to ponder in this enthralling achievement from a debut author." ( Booklist)

What made the experience of listening to Madapple the most enjoyable?

Christina Meldrum's style is very descriptive which lends itself to world-building and setting the mood of the story. She is perceptive and subtle in her construction of her characters which are very 3-dimensional for the most part. Although, far-fetched, the narrative and character-behaviour felt realistic. I really cared about the heroine, Aslaug, and was completely drawn into the story.

Her pronunciation of the Danish words sounded authentic. Also, I feel that she accurately portrayed Aslaug's voice - her naivete and intelligence.

There were several moments which touched on emotions, however, the 'tender' moments in the story such as the love scene between Aslaug and Rune, and the points when Aslaug gives birth, and when she is kept from her child were also particularly emotional. Also, during scenes with Sara and Sanne, I felt anger and incredulity.

I really enjoyed this book, although it was a long book, and slow moving for the first half, and at times, fraught with confusion and injustice. However, the ending felt slightly abrupt, and I would have appreciated more explanation around Aslaug's paternity, why her mother was as bitter and reclusive and as obsessed with religion and myth as she was, and Rune's thoughts and feelings, particularly towards Aslaug and the two pregnancies he fathered.