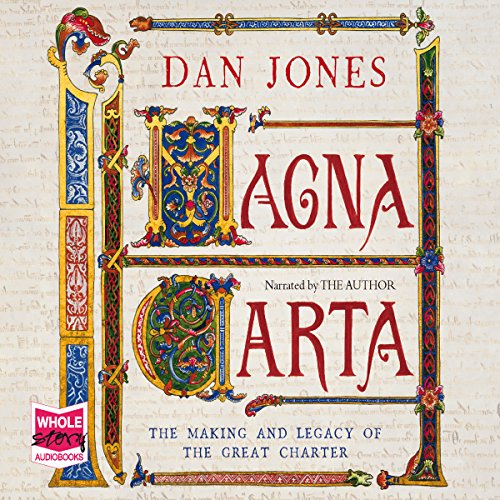 Magna Carta: The Making and Legacy of the Great Charter

By the summer of 1215, King John of England had lost control of his kingdom. In June his rebellious barons forced him to attach his regal seal - under oath - to a remarkable document. The so-called 'Great Charter' established an Englishman's right to habeas corpus and set limits to the exercise of royal power. For the first time, an English king had agreed to a document that limited his powers by law and protected his subjects' rights.

This is a lively and well researched account of the events leading to the Magna Carta and its creation. Gives an excellent historical context to the famous treaty without wandering around aimlessly in the desert of philosophical speculation about its subsequent importance.