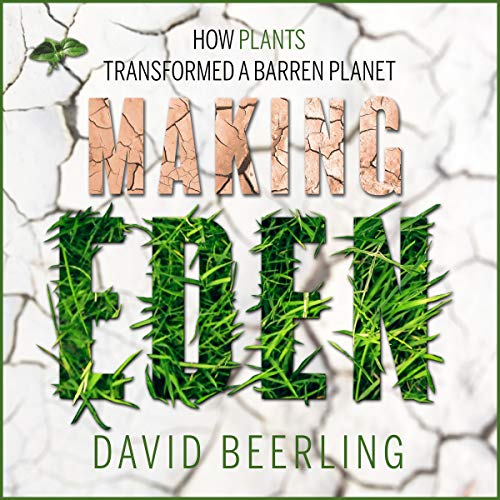 Over seven billion people depend on plants for healthy, productive, secure lives, but few of us stop to consider the origin of the plant kingdom that turned the world green and made our lives possible. And as the human population continues to escalate, our survival depends on how we treat the plant kingdom and the soils that sustain it. Understanding the evolutionary history of our land floras, the story of how plant life emerged from water and conquered the continents to dominate the planet, is fundamental to our own existence.

In Making Eden David Beerling reveals the hidden history of Earth's sun-shot greenery, and considers its future prospects as we farm the planet to feed the world. Describing the early plant pioneers and their close, symbiotic relationship with fungi, he examines the central role plants play in both ecosystems and the regulation of climate. As threats to plant biodiversity mount today, Beerling discusses the resultant implications for food security and climate change, and how these can be avoided. Drawing on the latest exciting scientific findings, including Beerling's own field work in the UK, North America, and New Zealand, and his experimental research programs over the past decade, this is an exciting new take on how plants greened the continents.

The reader shouts emphasized syllables, and whispers the rest of the sentences. So there's no sane volume at which to listen. The only way to save your ear drums not to press play.