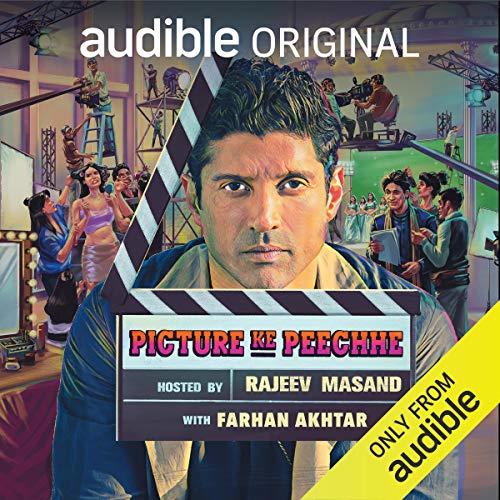 This episode features Farhan Akhtar, anecdotes from Akshaye Khanna and the making-of story of Dil Chahta Hai. In the year 2001, a film about three best friends and their coming of age, found such resonance with the youth of India. It made an entire generation feel like they had finally been seen and understood. 26-year-old first-time director Farhan Akhtar, the son of veteran screenwriters Javed Akhtar and Honey Irani, had replaced the filmi with everyday cool. Nearly 20 years later Dil Chahta Hai remains the gold standard. The fashion may have aged, the haircuts feel a little dated, but the relationships and the emotions still ring true. In this episode, writer-director Farhan Akhtar joins talks about how Dil Chahta Hai will be remembered as a film that defined a generation.

Being a millennial kid, I always loved this movie ‘Dil Chahta Hai’ whenever it came up on the TV screen. This film is in true means a – ‘cult classic’. The most American styled Indian movie and way ahead of it’s time. Who could believe by watching this movie today that it was released way back in 2001 and 19 years has passed since?

Most of us in young age dream of visiting Goa. This movie captures exactly the wild imagination that a youth has in this contemporary India. Going out on a road trip to Goa with best friends. The bromance shown in this movie is on the point. This is the first movie which had running dialogues between the characters. This Audible Original podcast is worth listening and revisiting what went behind making this movie a success. It's also hard to believe that this movie was the first one which Farhan directed at the age of just 26!

Having said all the good words and a brief journey down my memory lane it’s time to point out stuff that didn’t click in the podcast. There is a boring conversation with Akshaye Khanna towards the end. It looks half-baked conversation.