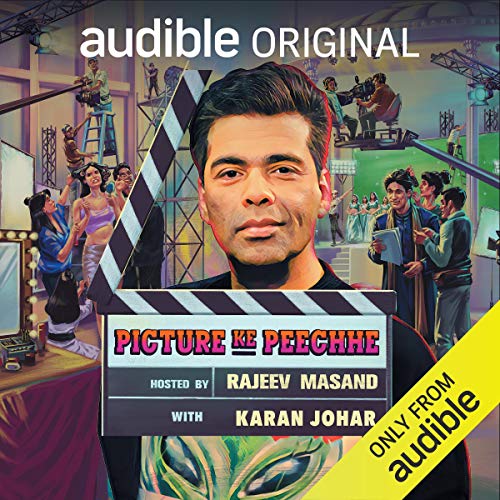 Episode 1 features Karan Johar, anecdotes from Shah Rukh Khan and the making-of story of Kabhi Khushi Kabhie Gham, which remains Bollywood’s most star-studded film yet, with as many as three generations of A-listers in the lead. Amitabh Bachchan, Shah Rukh Khan, Hrithik Roshan, Kareena Kapoor Khan, Kajol Devgan, Jaya Bachchan is a cast still unprecedented even 18 years later. Only 29 at the time, and having directed just one film before, Karan Johar had pulled off what others still only dream of. In this episode, he takes us behind the scenes and reminisces on how he made this big fat blockbuster hit.

Before starting this podcast, I had high hopes that this Rajeev Masand’s podcast with Karan Johar will be as good as the previous two chats I heard – Farhan Akhtar and Farah Khan. But this podcast turned out to be as bad as the quality of cinema Karan Johar produces and directs nowadays. Till date, when movie "Kabhi Khushi Kabhie Gham" (K3G) comes up on TV screen people have a high recall value. I started this podcast expecting that I would get to hear trivia on behind the scenes of K3G. Looks like Karan had no clue what was on the top of his mind while putting this movie storyline on the celluloid. He dodged every question by Rajeev saying that he doesn’t know what was on his mind when he wrote the scenes. This podcast is unbearably an hour long. Try not to waste your time with this podcast. You can try others in the same series.