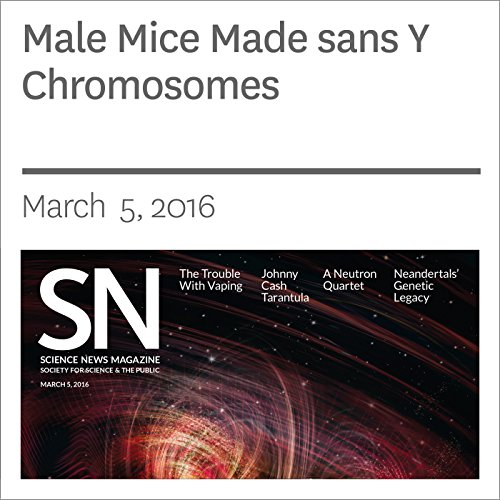 Researchers have created male mice with no trace of a Y chromosome, supposedly the defining hallmark of being male. Reproductive biologist Monika Ward of the University of Hawaii in Honolulu and colleagues started with mice that have only one X chromosome (and no second sex chromosome). Normally, those animals would develop as females. But when the researchers manipulated genes found on the X and on another chromosome, the mice became males that could produce immature sperm. Those engineered males fathered offspring with reproductive assistance from the researchers, who injected the sperm into eggs, Ward and colleagues report.