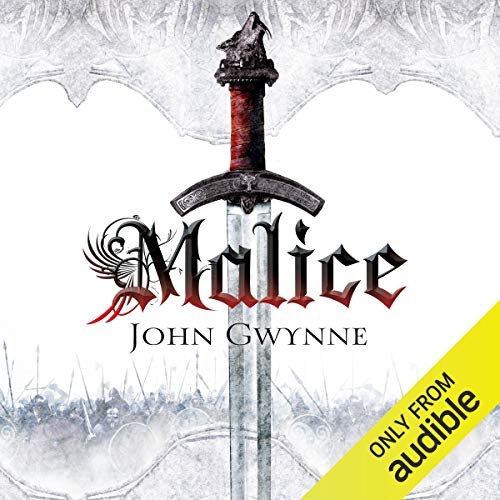 Young Corban watches enviously as boys become warriors, learning the art of war. He yearns to wield his sword and spear to protect his king’s realm. But that day will come all too soon. Only when he loses those he loves will he learn the true price of courage.

The Banished Lands has a violent past where armies of men and giants clashed in battle, the earth running dark with their heartsblood. Although the giant clans were broken in ages past, their ruined fortresses still scar the land. But now giants stir anew, the very stones weep blood, and there are sightings of giant wyrms. Those who can still read the signs see a threat far greater than the ancient wars. Sorrow will darken the world as angels and demons make it their battlefield. Then there will be a war to end all wars.

High King Aquilus summons his fellow kings to council, seeking an alliance in this time of need. Prophesy indicates darkness and light will demand two champions, the Black Sun and the Bright Star. They would be wise to seek out both, for if the Black Sun gains ascendancy, mankind’s hopes and dreams will fall to dust.

What listeners say about Malice

Loved the story and the multiple storylines which converge. Great rendition by Damian complete with foreign accents and unique effects

Such an Amazing read...

Such an amazing book from someone who knows how to write an excellent book from a well developed story with repeated prose.

I think everyone should read this series. yes, the starting of this book is slow and yes, we already know how this story is going to be... but how the author wrote these and how we get to the place that the author wants us to get was awesome and to say that this was his debut book is mind blowing.

must read book and 5 stars from me.

It’s a slow starter but full of potential

I really enjoy Mr Gwynne’s world building but it really takes a while to get into the greater story. There are several ‘main characters’ that all intersect which makes the voice artists job a challenge but I really like his allocation of accents & intonation- there may even have been a fair South African accent!

Sometimes i lost the credibility of the story - but I’m picky - such as how giants are so feared yet certain folk seem to cut through them like they are summer wheat....um...no...

It’s worth a credit and I will listen to the second as it’s getting exciting & I’m looking forward to seeing how the sides stack up...go the good guys!

Excellently read, and a good story

I'm listening to the book again a few years after I first read it. The story is good, it inevitably ticks a lot of the inevitable boxes such as the unlikely connection between the lead character and a wild animal that somehow seems to occur in almost every fantasy novel that I read, but it is a good story that is well crafted and paced. The only real weakness and inexperience that the author shows (I can't believe anyone picked up on before it went to print) is that everyone seems to walk around grinning and smiling like idiots at one other the whole time. It is so frequently written that it does rather cast a bizarre hue on the tale, but one that is easy enough to ignore.

The narrator is excellent, and manages to conjure different accents from different parts of the English speaking world for every character which is no mean feat. Some are a little misguided - why Veradis sounds like a working-class Yorkshireman when he is one of the highest born people in the realm is a bit of a mystery to me, as is she surprising arrival of Braithe straight off the boat from Australia, but overall the narration is great. If would be nice if they'd left a slightly bigger gap between chapter sections, as they tend to carry on like one sentence to another, meaning that the focal character is often suddenly translocated from one location to another out of nowhere, but that is down to poor editing rather than narration. All in all, a good book and a very enjoyable listen.

narrator terrible
I had no idea who half the characters were.
I really struggled to complete it

What would have made Malice better?

Would you ever listen to anything by John Gwynne again?

with a different narrator

Would you be willing to try another one of Damian Lynch’s performances?

What character would you cut from Malice?

never made it past the first 30 mins

i listen to 3 / 4 books a month while driving and this is the first one i have given up on completely.

A Surprising find, a decent book with a character

Would you consider the audio edition of Malice to be better than the print version?

Haven't read the book so i cannot tell you.

To be honest the twisting route of light and truth into the darkness inch by inch and decision by decision. Its a great rendition of a similar and familiar story we all know and love.

He is a solid voice actor , was confused by the random accents.

Dear avid listener, this book has 2 min characters and 4-6 sub characters, it follows mostly two main lads are coming of age, one is a prince the other a blacksmith son. you dont quite know who is the good guy and who is the bad. I would recommend this to most people.

Sentences are short and clipped lacking in descriptions of scenes and characters. I really wanted to enjoy this, but I was struggling to create a rolling scene while listening. The book was so low on character and world building it could have been anything. I am a handful of chapters in and am giving up.
Narrator delivering the dialog with a flat tone doesn't help.

I was hooked from the start. I couldn't stop listening until the end.

Definitely one of my favourites!

A bit slow to start but a great story eventually.

A bit slow to start but a great story eventually. Has a cliff-hangar ending so you do need to read the next book.

An intoxicating entry into audio books

If you could sum up Malice in three words, what would they be?

The fact I found I was easily able to relate to many of the characters.

his wide variety of voices for both male and female characters.

Surprisingly It did actually make me laugh aloud, as I find it hard to imagine anyone who doesn't find brinna and craff funny has a stale sense of humor.

While there's political intrigue it's not overly complex and it's made very easy to follow and it's all explained very well.

This is an audio book review.

It's not a good story. very predictable plot twists and its full of cliches, tropes.

The voice acting is good, though some characters and lines are jarring & just wrong. That is to be expected when the actor has to voice tens of characters.

I enjoyed the listen overall. recommended for a very long journey to fill time.

Love the fantasy world set, just wish you'd picked a better narrator. Can we get a re-read PLEASE.

The story is okay but I struggled with the narrator and the writing was basic. I'm not sure Australian or South African or American accents fit anywhere in this story and the broken record or the voices who had characters pausing like the mentally challenged were painful to listen to. I nearly stopped this book so many times until I was over 3/4 of the way through. The writing was not brilliant, and I think the only thing that kept me going was the story. I was invested in SOME characters - some not all! Reviews helped me to know I should struggle through and overall in the end I was left with a book I would describe as just okay. Not sure if I will continue with the others though. One mistake I made was finishing an Ambercrombie/ Pacey book just before - there really is no comparison and perhaps that impacted my consideration here.

For ya first books not to shabby although raths accent annoys the piss out of me. Good story told well though

Slow started . But further it in the end

It is very slow start and hard to follow. But get better after about 10hours

New favourite author after reading "The bloodborne saga" and now the first book in this series. Fantastic read can't recommend enough. Looking forward to the next book 😊

I read many of the reviews before getting this book. First quarter felt like a bit of a grind to get through, but after that started to get hooked on the various characters stories. By the second half, I took every chance I could to listen to it. final chapters were great and now thoroughly excited for the next part of the story.

The narrator is one of the worst I’ve ever listened too no offence to him but in a fantasy story setting the constant breaks in immersion are unbearable and it has a crippling effect on the story as a whole,
This story and writing goes from a good story to a very bad one just through the narrator. Not worth it on audible just buy the book

Was sceptical at first

All in all a great read and looking forward to second book. Took a while not get into it and nearly folded half way but so glad I stuck with it. Just got better and better. Have to be honest though the narrator drove me nuts with his lack of fluidity in his narrating….but then I’ve listened to worse

Good story setting up for something big.

The performance can be a struggle at times, there is no denying that. It’s slow, monotone and the pauses between sentences feels like an eternity.

Blend this with the first 1/3 of the book getting through its set up phase and it could almost be enough for you to want to stop.

Push through. You’ll be thankful to get to the end.

Started this book a few weeks ago, and finished the enire series yesterday.

Malice starts off a little slow (not in a bad way) but OMG does it pick up. Each book gets better and better and I'm so utterly sad that Iv'e finished them.

Oh and the narrator is amazing. One of the best Iv'e heard so far.

Edit to add. Iv'e read some comments complaining about the narrator, wth. I seriously thought he was amazing.