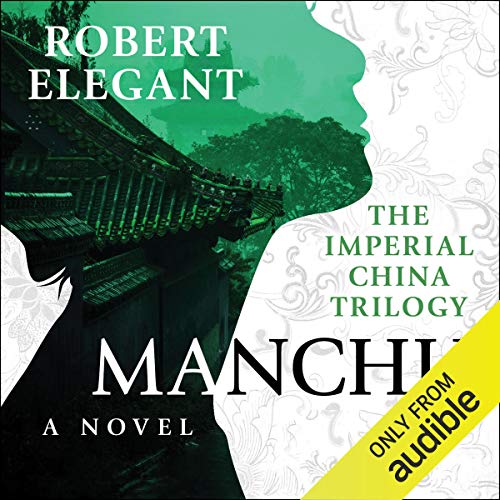 New York Times best seller: This epic novel of the conquest of the Ming dynasty “does for 17th-century China what James Clavell’s Shogun did for 16th-century Japan” (The Christian Science Monitor).

Francis Arrowsmith is a man without a country, a soldier-of-fortune in search of a war. An English orphan raised in France by exiled Jesuits, he hopes to make a quick pile out of his rare skills in building and operating artillery. Little does he know that when he joins a Portuguese expedition to aid the decadent and corrupt Ming dynasty in its fight against the Manchu invaders, he is embarking on a journey that will merge his destiny with the fate of China itself.

From the opulent courts of the emperors to bloody battlefields, author Robert Elegant employs his deep knowledge and love of China to create a richly detailed world of dangers and delights, where the quest for power and pleasure drives men and women to extremes of both loyalty and betrayal.

Manchu is the compellingly vivid story of an empire in its last agonies and the people caught up in its fateful drama by the Edgar Award-winning author of Mandarin and Dynasty.

What listeners say about Manchu

A brilliant book and a great listen. So much history mingled with a really interesting and engaging story, loved it and didn’t want it to end - now want to know when the rest of the trilogy will be available!

A blend of fictional and historic characters at the time of the collapse of the Ming dynasty and the conquest by the Manchus. Thoroughly enjoyable and interesting. Highly recommended.