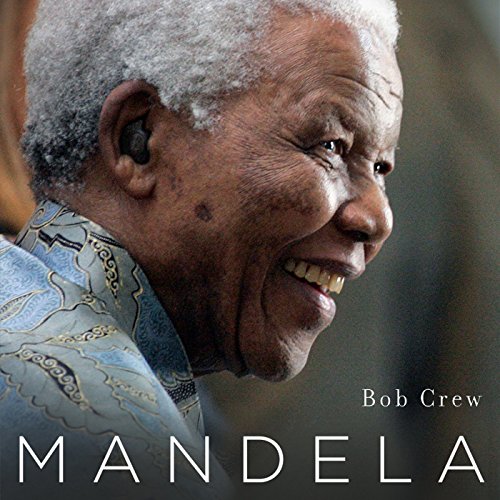 Nelson Mandela is known worldwide as a great moral and political leader, the first democratically elected South African president, the recipient of a Nobel Peace Prize, and a beacon of interracial goodwill. In Mandela, former foreign correspondent Bob Crew demystifies the icon and his legacy. After over a decade of travels in South Africa, Crew seeks truth in the unexpected details of the lives of Mandela and current South African president Jacob Zuma, comparing them to other world icons in order to bring a new understanding of their legacies to Western listeners. Mandela presents a wealth of information, including character studies of Mandela and Zuma, the historical social background of South Africa, and the effect Zuma has had on the racially divided country. Crew uses his own reflections and insights as well as interviews with many South Africans to color his analysis of historical and current events. This audiobook is a seasoned view of the history and politics of a country that produced one of the most iconic leaders of the world, who wished more than anything else for peace.

What listeners say about Mandela

The author betrays his own deep rooted racism by referring to Black people in stereotypical way and as a generalised group. One "nice Zulu taxi driver" is NOT the typical Black South African.

I read this book to the end, to be clear I know all of the content of this very below average dilution of Mandela's legacy.

As a Black South African I am very clear that you can give this book a skip!!!!

It's not a superb piece of art, but its good enough to familiarize with South Africa's history and Mandela's determination to change the country's fate in the hands of the Dutch Afrikaners who had subjected the country to the ominous apartheid.

You do think Bob Crew was writing in praise of the British & not about the great Madiba. Disappointingly Opportunistic on so many levels.

The book was very interesting. However I thought it was all about Nelson Mandela. The first few chapters were but then although he was often mentioned the remainder of the book was about South African government and politics.

The author is biased and constantly defending all things British. He does not add anything new nor have any firsthand knowledge of Mandela. He repeatedly presents theories as fact in spite of a complete lack of fact. His praise of Jacob Zuma has not aged well.

Sadly presumptuous and a judgemental gaze

The author tries to keep the book balanced, fair & objective without much success. He seems to lack the depth, context and complexity to make insightful connections or make sense of the nuances from all the rich information he gathered for the book.

He desperately tries to find parallels and claims credit for all that is great about Mandela or SA to all that is British.

After visiting South Africa while Nelson Mandela was imprisoned, and then returning once he was President- the difference is not to be believed - even after his death, much still must be accomplished