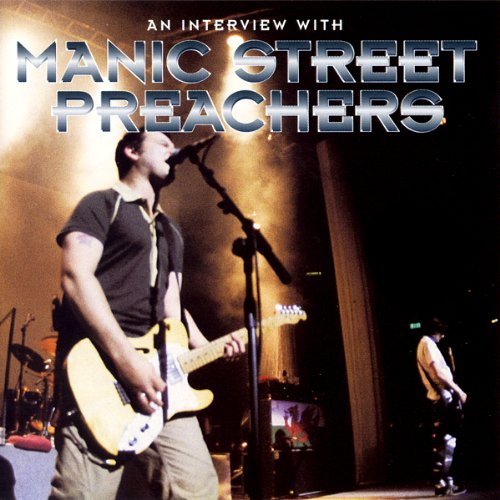 This two-part Manic Street Preachers audiobiography is a fascinating story. Part one is before the disappearance of lyricist Richie Edwards. We hear how the band have lost some of their recklessness, as a result of getting older and also the loss of Richie, but the creativeness and political conscience in their song lyrics is still there. Manics are the acclaimed Kings of Rock. Singer James Bradfield, Drummer Sean Moore and Bassist Nicky Wire are more than casual friends who grew up together.

They have become part of everything they didn't want to be and the band that was one going to record one album went on and on. With the mysterious disappearance of lyricist Richie Edwards in February 1995, four became three, who came through the "Richie" crisis.

In this exclusive two-part audiobiography the band reveal how they survived, what motivates them and their rise to fame, as well as their personal lives and what motivates their writing. An exceptional and interesting recording for fans, collectors and all music buffs.

This is not a music release by the band or the record company and sound quality may vary.

In this exclusive two-part audiobiography, authors Hans Wolff, Chris Tetles, and Joe Jacks explore the history and changing identity of the Manic Street Preachers. Through a series of fascinating conversations, the band members reveal their musical interest, the stories behind their lyrics, and the origins of their friendship. The tone changes in the second part of the interview, recorded after the mysterious disappearance of band member Richie Edwards. The remaining Manic Street Preachers speak of the loss of Richie in a touching account. This is an incredible opportunity for music lovers to hear the acclaimed Kings of Rock speak about their art and their history.