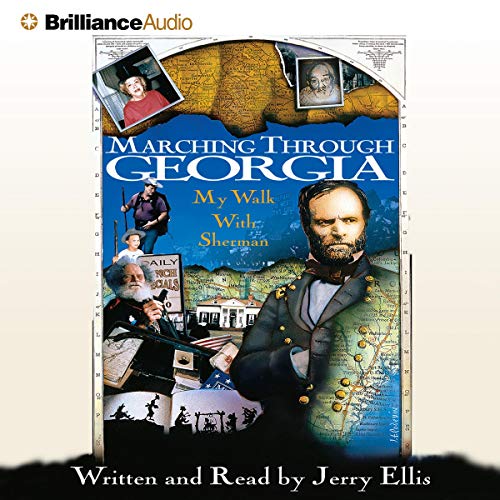 In 1864 William Tecumseh Sherman led a throbbing, hooting, violent river of 62,000 soldiers through the heart of the American South, looting, pillaging, trailing plunder, stealing animals, and dazing civilians. The raucous swath of devastation stretched from Atlanta to the sea at Savannah and brought the Confederacy to its knees.

More than a hundred years later, Jerry Ellis, inveterate traveler, storyteller, and adventurer, set off to walk from Atlanta to Savannah using Sherman's route as his guide.

Searching for the living, breathing artifacts of a nation's most bitter war, Ellis was also a man in search of his own South. He knew the South as a place of complexities and contradictions, of manners and blood-grudges, of change and timelessness.

In today's South, Ellis not only found living memories of the Great Lost Cause - and, in one case, of General Sherman himself - but a vibrant American culture of blacks and whites, of young people and old timers grappling with such issues as racism and social justice. His many experiences, from meeting folk heroes to sleeping by cemeteries, helped him realize that what he was looking for was all around him.

What listeners say about Marching Through Georgia