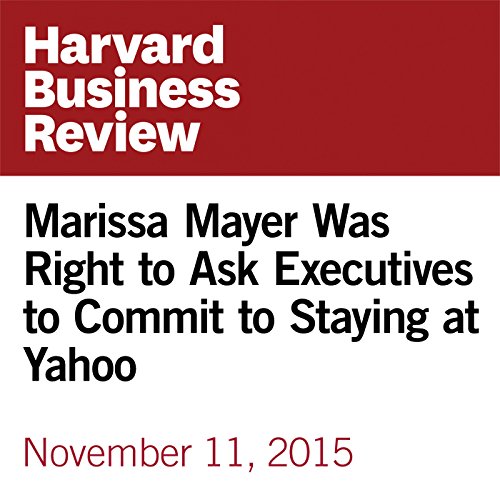 Most Kara Swisher reported in Re/code this week that Yahoo CEO Marissa Mayer asked her top executives to make explicit commitments to stay at Yahoo - that they take a “pledge.” Swisher writes: “That move seems to have backfired a bit, resulting in several major departures recently, including European boss Dawn Airey, marketing and media head Kathy Savitt, development chief Jackie Reses and many others to other jobs.” (Mayer herself had earlier claimed on Yahoo’s third quarter earnings call that the departures were carefully planned.)

©2015 by the President and Fellows of Harvard College, All Rights Reserved (P)2015 Audible, Inc.