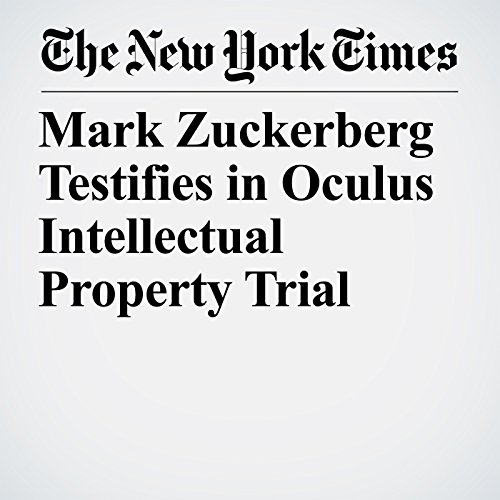 A few years ago, Mark Zuckerberg, chief executive of Facebook and one of tech’s shrewdest seers, made a huge bet on a new technology, virtual reality, buying Oculus VR, one of the most prominent startups in the industry, for more than $2 billion.

"Mark Zuckerberg Testifies in Oculus Intellectual Property Trial" is from the January 17, 2017 Business section of The New York Times. It was written by Nick Wingfield and Mike Isaac and narrated by Keith Sellon-Wright.