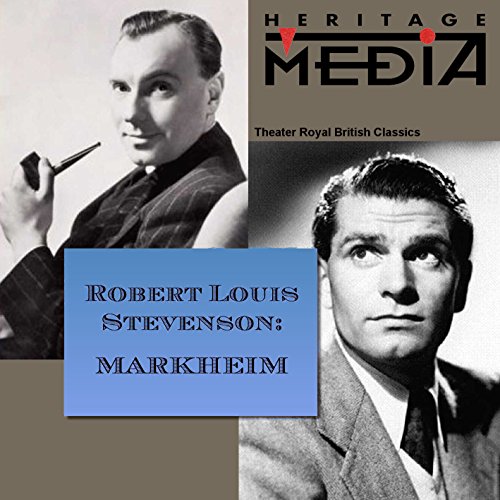 Robert Louis Stevenson's "Markheim", a study of good and evil, was published in 1885. Laurence Olivier plays the wicked Markheim who, after killing a pawnbroker who had trusted him, encounters the Devil, who tempts him further. He rejects the malign contract on offer and chooses instead the power of good.

"Theatre Royal" is a series of radio dramas first broadcast by the BBC in 1953 and in the USA soon after. Starring many of Britain's finest actors, it was the only radio series in which Lord Olivier took a major role.