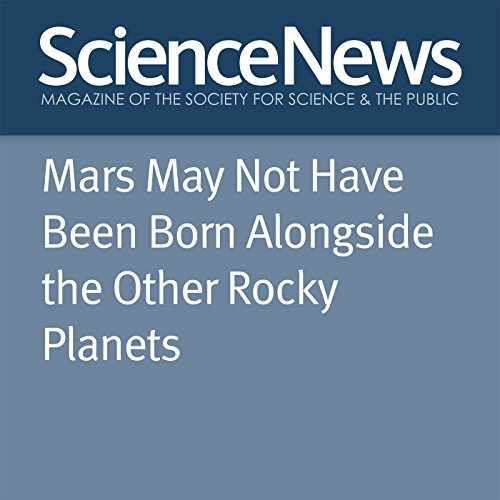 Mars May Not Have Been Born Alongside the Other Rocky Planets

Simulating the assembly of the solar system around 4.56 billion years ago, researchers propose that the Red Planet didn’t form in the inner solar system alongside the other terrestrial planets as previously thought. Mars instead may have formed around where the asteroid belt is now and migrated inward to its present-day orbit, the scientists report in the June 15 Earth and Planetary Science Letters. The proposal better explains why Mars has such a different chemical composition than Earth, says Stephen Mojzsis, a study coauthor and geologist at the University of Colorado Boulder.

"Mars May Not Have Been Born Alongside the Other Rocky Planets" is from sciencenews.com, published on May 5, 2017.