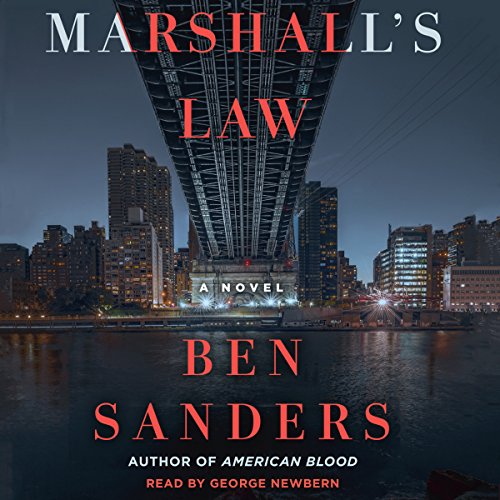 Ex-undercover cop Marshall Grade is hiding out in California when he learns that federal agent Lucas Cohen has survived a kidnapping. Cohen was Marshall's ticket into witness protection, and his captors have a simple question: Where's Marshall now?

Marshall's undercover work gave him a long list of enemies, and the enemy in this case is a corrupt businessman named Dexter Vine. Vine's almost broke, in debt to people even worse than himself, and he wants to settle old scores while he has time. He's hired Ludo Coltrane - a nonchalant psychopath and part-time bar manager - to find Marshall at any cost. Ludo's no stranger to killing, but his associate, the cash-strapped ex-con Perry Rhodes, may prove more of a liability than an asset.

The question is: What has Marshall done to make Dexter want him dead? And are the contacts from his old life - ex-colleague Lana and the heroin dealer Henry Lee - prepared to help him, or will they just sell him out?

What listeners say about Marshall's Law

I have read both of Ben Sanders' books (this one and the sequel, 'American Blood') and without a doubt he is a master of this genre. George Newbern was an excellent selection for narrator - he completely nails the main character of the story and does a great job on the secondary characters. Found nothing to criticise - just great value entertainment from start to finish. Looking forward to another from this emerging author who has really done his homework on how to put together some terrific writing in this genre.

Too many points of view

The story is told from the perspective of far too many of the characters including most of the baddies. Would have been more engrossing if we'd stuck with Marshall.

What does George Newbern bring to the story that you wouldn’t experience if you had only read the book?

Could you see Marshall's Law being made into a movie or a TV series? Who would the stars be?