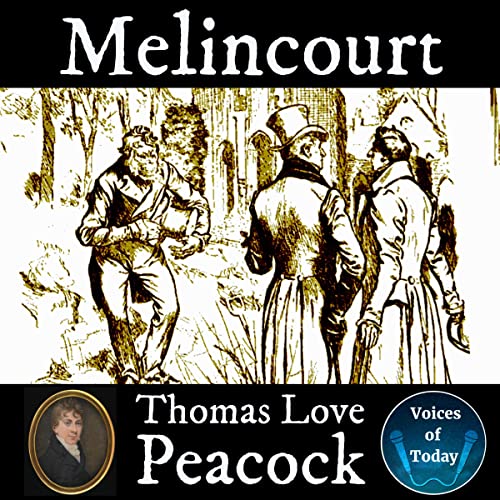 Presented by Voices of Today

Music for songs composed and arranged by Alan Weyman.

Melincourt, first published in 1817, was the second novel of Thomas Love Peacock and is by far the longest.

Peacock's novels are notably characterized by satire, of both persons and institutions. The focus of Peacock's mockery in Melincourt is the operation of the "rotten borough" which corrupted the English electoral system until the reform bill of 1832. A rotten borough was a constituency that had been established by royal prerogative but had subsequently lost most of its population. Nevertheless, it still retained the right to have two representatives in the House of Commons. On the other hand, many population centers which had expanded rapidly during the Industrial Revolution were not entitled to any electoral representation. Hence, there was a profitable and highly unethical trade in rotten boroughs, much of which was engineered by unscrupulous members of the House of Lords.

In Melincourt, the Rotten Borough of Onevote is represented by Sir Oran Haut-Ton, an orang-utan who does not have the power of speech but is a skilled musician and a highly principled defender of law and order.

Another prominent character is Mr. Fax, who is said to have been modeled in Thomas Malthus.

As usual in a Peacock novel, there is much conversation, a great deal of drinking, romance, and a suitably contrived conclusion, involving weddings and appropriate punishment of villains.

What listeners say about Melincourt