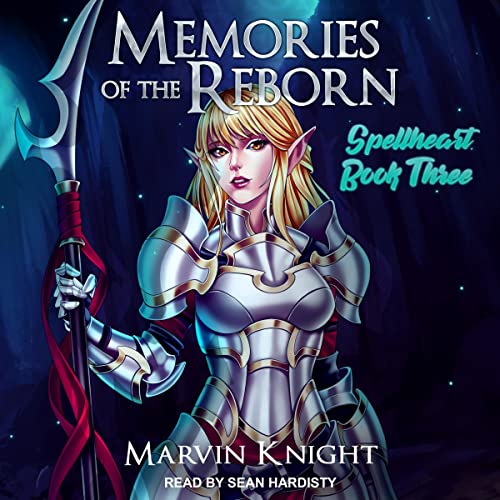 Memories of the Reborn

One man's will forged a clan from scattered and broken tribes. But when enemies from afar eye his tiny forest, can he defend what he has built?

The Hearthwood Clan now exists in more than name. Theo has crowned himself patriarch, and most of the tribal chiefs are now matriarchs at his side. But his troubles are not over. Not all the tribes have sworn their fealty, and Theo will need every elvish cultivator he can muster to oppose the ominous shadows that loom over the forest.

Undead plague the land. A four-tailed monster lurks in the woods. Honorless slavers eye elves with greedy eyes. An unblinking eye gazes down, filled with malevolence.

To face these threats, the Hearthwood Clan must rise to new heights and cultivate their way to power beyond anything they have ever dreamed of.

What listeners say about Memories of the Reborn

Awesomeness and great series! I read all and look forward to new installments. Great read and well paced!

another great story of the heartwood and I can honestly say I want more like yesterday!!!

Great read as always, onto the next story.

Always a pleasure to delve into the mind Marvin and Sean brings the book to life giving each character such a vivid brilliance.

I can literally sum this novel up in one word, "bullsh**". I hate cultivation novels with the passion, because they always say," that a weaker level practitioner has no chance against the stronger one ",yet not even five f***ing minutes late the protagonist and a couple of other characters are doing that exact thing. Like WTF didn't you just you just say they couldn't do that only to realize that you have written yourself into a with that dumba** rule numb nuts. People like to accuse japanese writers for drowning their stories in plot armor, but the amount of plot armor here is ridiculous. Oh and please get a female VA. It doesn't make sense when 95% of characters here are female and this dude can't do female characters. They all either sound like dudes, dudes with accents, or even worse completely the same person.