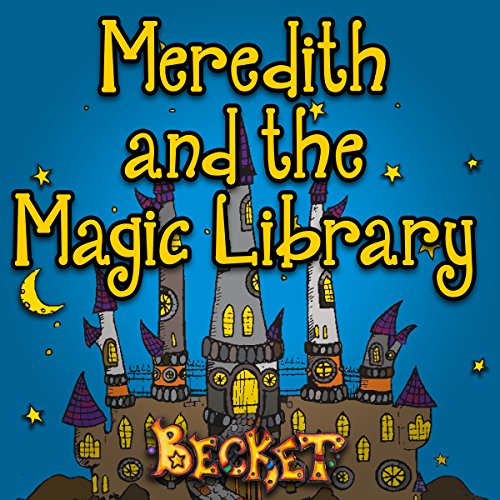 Meredith and the Magic Library

The Magic Library is finally reopening its long-locked doors. But it needs four librarians. To become one, four magic books need to be found. Surprisingly, four homeless people find them. One is called Peter Butterpig, a bright-pink pig with great big butterfly wings. Two others are old robots called Sir Copperpot and Uncle Glitch, who are falling apart with failing memory banks, yet they never forgot to take care of the fourth. She was a nine-year-old girl called Little Meredith Pocket, who was orphaned very young when her parents mysteriously disappeared. Yet she and her three friends are in for the greatest time of their lives once they begin working as the Magic Library’s new librarians.

Where does Meredith and the Magic Library rank among all the audiobooks you’ve listened to so far?

This magical adventure is enhanced by Kathryn Kellgren's talent. One of my favorite children's audiobooks. Fun. Sparkling.

What other book might you compare Meredith and the Magic Library to and why?

The writing is remniscent of Roald Dahl and Lewis Carroll. Creative fun with a great message.

What does Katherine Kellgren bring to the story that you wouldn’t experience if you just read the book?

Kellgren has perfect pacing and gives each character his or her own voice. She gives all the characters an extra push to bring them alive.

Four fantastic friends adventure to find the most magical home of all, the library.

Best children's book to come along in a long time. Perfect listen for all ages. Highly recommend it.