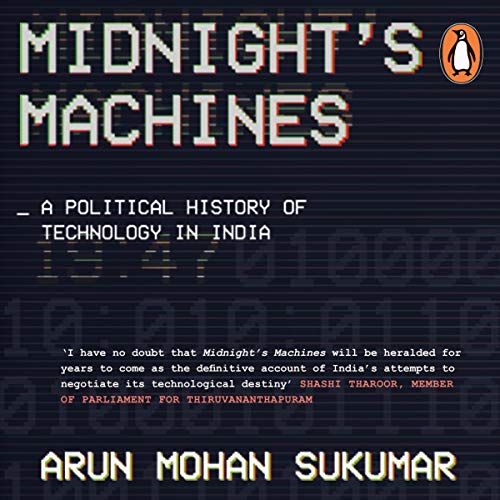 Every prime minister of independent India has guided, if not personally overseen, one prized portfolio: technology. If, in the early years, Nehru and his scientist advisors retained an iron grip on it, subsequent governments created a bureaucracy that managed everything from the country's crown jewels - its nuclear and space programs - to solar stoves and mechanized bullock carts.

But a lesser-known political project began on August 15, 1947: the Indian state's undertaking to influence what the citizens thought about technology and its place in society. Beneath its soaring rhetoric on the virtues or vices of technology, the state buried a grim reality: India's inability to develop it at home. The political class sent contradictory signals to the general public. On the one hand, they were asked to develop a scientific temper, on the other, to be wary of becoming enslaved to technology; to be thrilled by the spectacle of a space launch while embracing jugaad, frugal innovation, and the art of "thinking small". To mask its failure at building computers, the Indian state decried them in the '70s as expensive, job-guzzling machines. When it urged citizens to welcome them the next decade, the government was, unsurprisingly, met with fierce resistance. From Jawaharlal Nehru to Narendra Modi, India's political leadership has tried its best to modernize the nation through technology but on its own terms and with little success.

In this engaging and panoramic history spanning the arc of modern India from the post-war years to present day, Arun Mohan Sukumar gives us the long view with a reasoned, occasionally provocative standpoint, using a lens that's wide enough for the frame it encompasses. With compelling arguments drawn from archival public records and open-source reportage, he unearths the reasons why India embraced or rejected new technologies, giving us a new way to understand and appreciate the individual moments that brought the country into the 21st century.

What listeners say about Midnight's Machines

Although the topic of book attracted me, but author seem to lack knowledge of what kind of technological advancements world has achieved, and hardly tries to explore, unlike Japan and Korea, why India couldn't adopt those changes. His emphasis of current government adopting technology also feels very fanciful, as he is assuming that people in 2020 are still apprehensive of technology as 1950s. Overall, it feels like author has spent too much time on repeating unwarranted things, and lacked understanding of how actual technology works.