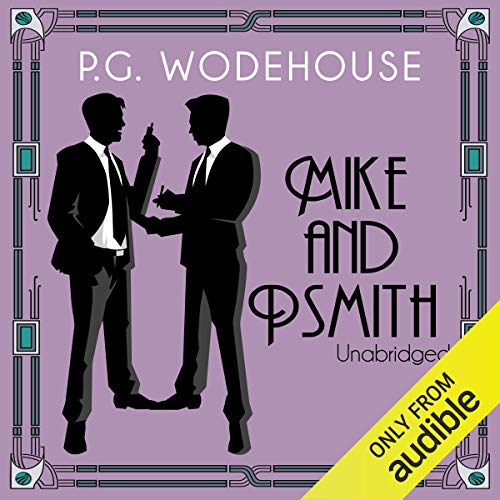 An early Wodehouse novel, this is both a sporting story and a tale of friendship between two boys at boarding school. Mike (introduced in the novel Mike at Wrykyn) is a seriously good cricketer who forms an unlikely alliance with old Etonian Psmith (‘the P is silent’) after they both find themselves fish out of water at a new school, Sedleigh, where they eventually overcome the hostility of others and their own prejudices to become stars.

Even listeners uninterested in cricket are likely to be gripped by descriptions of matches, and the plot, though slight, reaches a satisfying conclusion. But the real meat of the novel is to be found in the characters, especially the elegant Psmith, one of Wodehouse’s immortal creations, who features in three of his later novels (Psmith in the City, Psmith Journalist, Leave it to Psmith).

What listeners say about Mike and Psmith

Narration is very good with mimicry thrown in. Enjoyed listening from beginning till the end.

too much cricket, but the rest was good and characters were fun. overall not bad

The voiceover for PSmith wasn't at all as I d imagined it should be., but it was fun overall

Where does Mike and Psmith rank among all the audiobooks you’ve listened to so far?

I have recently discovered Psmith read by Jonathan Cecil. There is no doubting the superiority of the later books and Cecil's narration has become the voice of Psmith, but if you enjoy the characters then this book is a must. Despite it being one of Wodehouse's earlier attempts, it is well written and thank goodness he went on to develop the characters as they because older. Graham Seed reads well.

What other book might you compare Mike and Psmith to, and why?

The answer to life the universe and everything is...cricket.

This book should be more widely read, as should Psmith himself.

The perfect book to lift your spirits.

The narrator is easy to listen too and narrates with panache and passion.