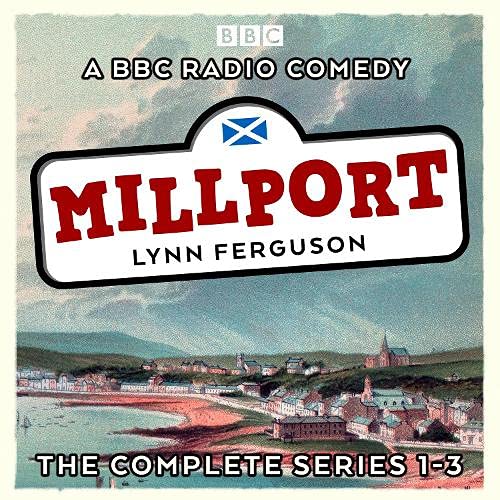 All 18 episodes of the BBC radio sitcom about a 30-something barmaid living on a tiny Scottish island.

Irene Bruce spends her days pulling pints in Millport, the only town on the Isle of Cumbrae, a few miles off the west coast of Scotland. Frustrated and going nowhere fast, she yearns to escape to the mainland for a better life - or at least a bit of fun. Just over the water, there are clubs, cinemas and discos, so why is she stuck at home with tea, Scrabble and her boring sister, Moira?

In these three series, Irene tries her hand at matchmaking, celebrates her 33rd birthday, faces a dilemma over a talking dog and finds romance where she least expects it. And as Cumbrae is beset by strange events and emergencies - from a missing pensioner, to a threat to the local pub, to a media makeover that risks ruining the island's integrity - she keeps trying to leave town, and keeps being pulled back. But when push finally comes to shove, she's forced to consider where her heart really lies: on the mainland, or in Millport....

Music for series two and three arranged by Olly Fox

What listeners say about Millport: The Complete Series 1-3

Hmm! Not as funny as I thought it would be!

Humour is obviously a personal thing because I really didn't find this that funny. However, it was quite charming and I did enjoy it despite my constant moans at the "jokes".

it was very easy listening, just what you need to relax to in the evening.