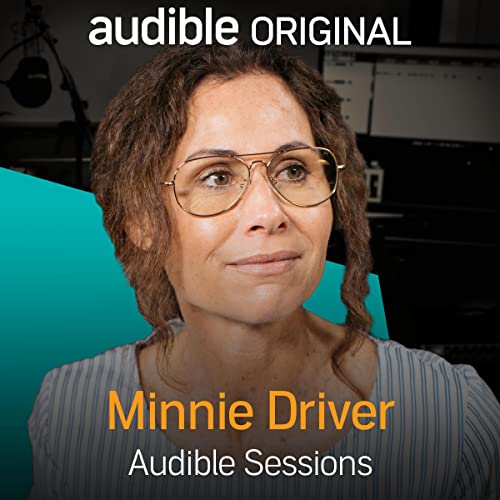 Joining us at Audible Studios is British-American actor and singer Minnie Driver.

Following her break out role in Circle of Friends in 1995, Driver has starred in a wide range of films, including Grosse Pointe Blank and Good Will Hunting, with nominations for Academy Awards and an Oscar nod. Despite her many accolades, awards and nominations, Driver has not appeared in a vast number of movies, firmly believing that she takes the roles that are right for her, happily saying no to job offers and knowing that the journey often opens better doors.

We will be talking to Minnie Driver about her memoir, Managing Expectations, and the message that it conveys; we will discuss why happy endings are a myth, what an 11-year-old does alone in Miami and how many of these stories have been run by a therapist in the past.

What listeners say about Minnie Driver

Great intro to the new book 👍🏼

Love Minnie Driver's voice. So warm and wise. Sounds like it will be inspirational. Will definitely purchase her new book and look for future books. Also will probably meet her in the future during my own book signing.
I give this 👍🏼👍🏼👍🏼👍🏼👍🏼