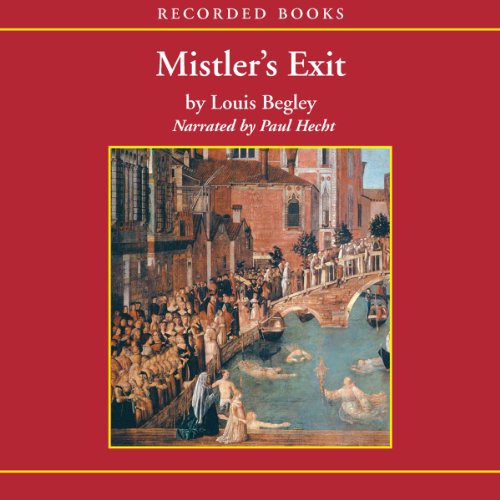 A PEN/Hemingway Award winner, Louis Begley creates multi-faceted characters that come to life under the spell of his crystalline prose. Returning his readers to the wealthy and privileged world of About Schmidt, he introduces them, this time, to an especially poignant protagonist. “A happy man, as the world goes,” Thomas Mistler feels an odd sense of liberation now that he has been diagnosed with terminal cancer. This hard-driving Madison Avenue mogul suddenly has an excuse to live for the moment. But spending time alone in Venice is not the free-wheeling, self-indulgent experience he had hoped for. As growing evidence of his physical decline intrudes, Mistler’s sense of control diminishes. With one final impulsive purchase, though, he boldly plans his exit on his own terms. Bitingly candid and sometimes funny, this small gem of a novel addresses the complexities of responsibility, pleasure, and suffering. Narrator Paul Hecht renders the subtle, understated, and intimate prose with amazing ease.