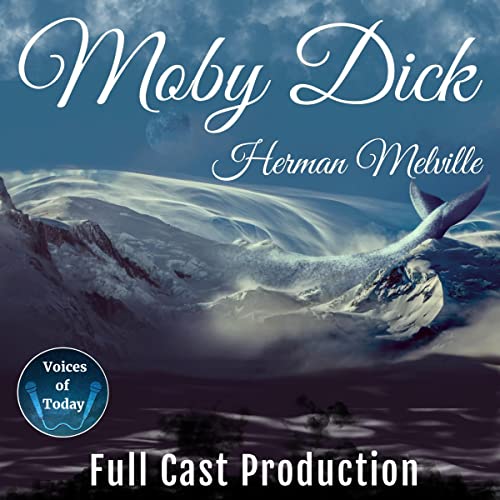 Presented by Voices of Today

Moby Dick, which has been considered the great American novel, was first published in 1851. For material, Melville drew on his experience on whaling ships between 1841 and 1844, the sinking of the whaling vessel Essex in 1820, and extensive perusal of literature on whaling and many other subjects.

The narrator, Ishmael, travels to New Bedford, Massachusetts, to join the crew for a whaling voyage. The ship, the Pequod, is commanded by the eccentric and intimidating Captain Ahab, who is obsessed with a desire to hunt down the white whale which, in a previous encounter, had caused Ahab to lose a leg. The voyage commences favorably but is impelled towards disaster by the captain's maniacal ambition to find and kill his marine adversary.

The narrative is enriched by songs, descriptions of Ishmael's encounters with members of the multiracial crew, and detailed observations on cetology. Although there is no romantic subplot, and few of the characters are women, Moby Dick, in its reach and presentation, can be seen as one of the most operatic of novels. As a compelling exploration of obsessive ambition and its tragic consequences, it ranks with Macbeth, The Tragical History of Doctor Faustus, and the Book of Genesis.

What listeners say about Moby Dick