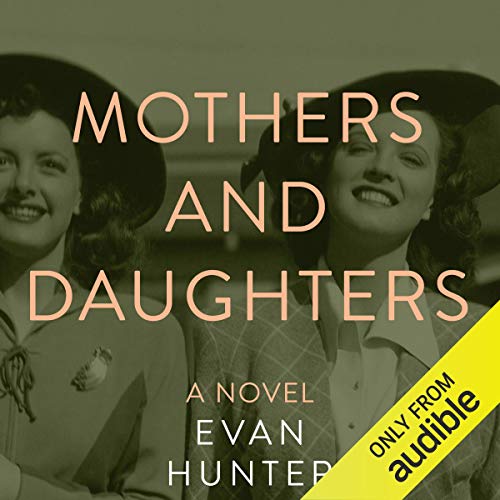 Amanda, a small-town minister's daughter with hopes for a musical career, and Gillian, a hot-tempered aspiring actress from the Bronx, met at college. A decade later, one is happily married to an ambitious lawyer while the other is entangled in a passionate but troubled affair with a young man who's spent five years in a navy prison.

The other women in Amanda and Gillian's lives mirror the choices they make and the secrets they share. Gillian's mother-in-law, Julia, is haunted by a wartime affair and its tragic consequences. Amanda's precocious teenage niece, Kate, belongs to a booming postwar generation that will radically change American society. Nevertheless, Kate knows that many of the challenges she faces as a young woman have been met and endured by her aunt and countless other women throughout history.

Taking listeners on an emotional journey through mid-20th-century America, author Evan Hunter paints an indelible portrait of romance, friendship, and sisterhood. Mothers and Daughters is a wide-ranging and poignant masterpiece from one of America's most beloved storytellers.

What listeners say about Mothers and Daughters