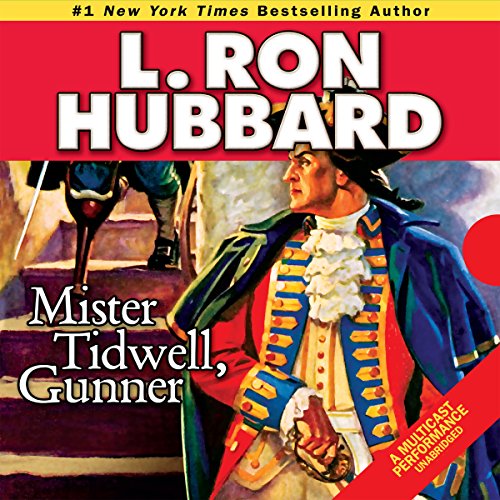 Mister Tidwell is a scholarly Oxford professor snatched out of his bookish world and pressed into service aboard Lord Nelson’s legendary British fleet - in the position of schoolmaster. Such is the life of the land-loving, seafaring Mister Tidwell, Gunner.

Thrust into service at the height of the Napoleonic Wars, Tidwell soon finds himself directly in the line of fire and way out of his depth. Fate has cast him into a terrible and terrifying spot - alone on deck to face the fearsome approach of a French man-o’-war.

The professor is about to get an object lesson in war, self-reliance...and survival. Overwhelmed by the smell of gunpowder, the sound of cannons, and the sight of death, he will either experience the sweet taste of victory...or the bitter taste of his own blood.

Also includes the sea adventures “The Drowned City”, the story of two deep-sea divers who set out in search of a long-lost treasure only to find that the waters are full of treacherous currents and even more treacherous men; and “Submarine”, in which a young sailor on leave enjoys a quiet interlude with his girlfriend - only to have it interrupted by a call to duty and danger.

Sail into history and into battle as the audio version of Mister Tidwell, Gunner takes you into the heart of one of the greatest wars for dominance of the seas.