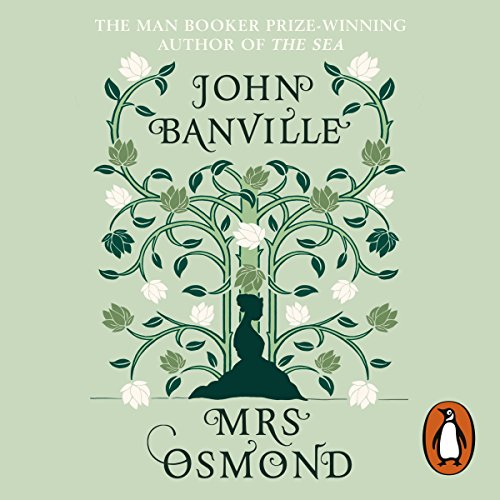 'What was freedom, she thought, other than the right to exercise one's choices?'

Isabel Osmond, a spirited, intelligent young heiress, flees to London after being betrayed by her husband, to be with her beloved cousin Ralph on his deathbed. After a sombre, silent existence at her husband's Roman palazzo, Isabel's daring escape to London reawakens her youthful quest for freedom and independence, as old suitors resurface and loyal friends remind her of happier times. But soon Isabel must decide whether to return to Rome to face up to the web of deceit in which she has become entangled, or to strike out on her own once more.

What listeners say about Mrs Osmond

Stepping into the tracks of a master - Henry James, picking up one of his main characters - Isabel Archer and attempting a sequel to his pivotal work - ‘A Portrait of a Lady’ takes a leap of faith - how avoid falling into the traps of hindsight on social developments of the period that James witnessed first-hand and rendered in all their tentativeness? However, the risk of any incredulity is beautifully managed by John Banville by letting the plot appear to be driven by the spontaneous, at times erratic steps of Isabel, quite hitting the nail on what makes the essence of ‘the Portrait’. While remaining throughout faithful to the original, the contemporary follow-up provides a logical sequel to Isabel’s marital disappointments as Mrs Osmond leading up into her joining the cause of the Souffragettes. With her subtly differentiated reading, Amy Finegan hits congenially the nail turning Banville's book into a perfect audiobook experience.

authentic, and yet modern sequel

very enjoyable story, I loved "portrait" and wasn't disappointed by this. the ending was enigmatic!

A thing of beauty

Human nature artfully painted in a plot that unfolds in perfectly paced steps. The timeless complexity of individuals and motives packaged in a story that is both depressing and uplifting. Beautifully narrated.

A remarkable read/listen ! Amy grows into the book and becomes Ms Archer! She removes the conscious awareness of the sequel nature of the book. JB doesn't try to outJames Henry but keeps us well within his sensibilities! brilliant.

I found this story rather tedious. The characters and plot were lost in a mountain of flowery prose which neither advanced the story nor developed the characters. It took me to chapter 16 to work out what the story was about, I wonder how I persevered to the end! I didn’t find the characters engaging or the story convincing. However the reader was pleasant to listen to.