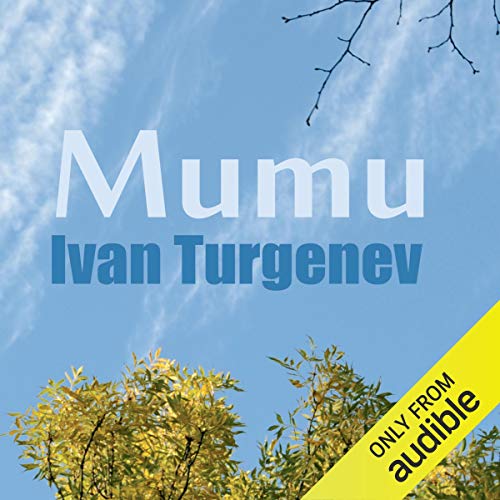 An audiobook adaptation of Turgenev's story set on the outskirts of Moscow, in the house of an old widow. The story was written in 1854 by Ivan Turgenev, a great Russian novelist of the nineteenth century. Turgenev wrote Mumu with such vivid images and reflections of the state of tsarist Russia that this piece, together with his other stories, was credited with having influenced public opinion in favour of the abolition of serfdom in 1861.

"An absolute classic, Mumu gives a wonderfully vivid picture of life for the poor in Russia, can't be faulted. It is great to have an audiobook version, which really brought the story to life. I really enjoyed listening to this, but the real star is Turgenev's writing." (Nikki Pierce)
"Mumu by Ivan Tergenev is a brilliant story superbly narrated by Max Bollinger. By turns tragic and comic the story concerns a deaf-mute serf whose love for a laundress is unrequited and who instead befriends a dog, the Mumu of the title." (Alan Moreton)
"It is a poignant story which brought me close to tears. But it made me think as well. The narrator has done a very good job with his choice of translation, and his slight accent adds to the story." (Joseph Belliveau)

What listeners say about Mumu