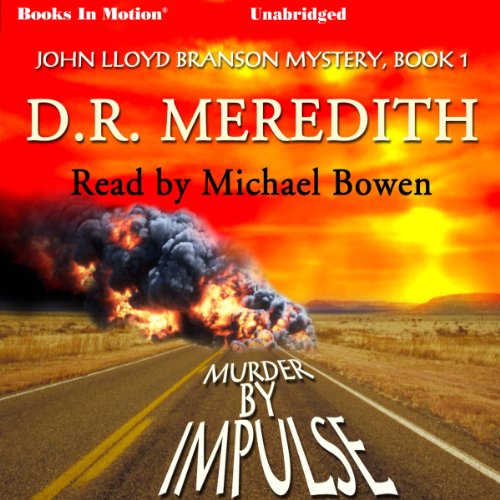 A Lincoln Continental driven by Amy Steele, wife of millionaire rancher, James Steele, rams a tanker full of gasoline. Instant incineration of both drivers; a probable accident, according to Sergeant Larry Jenner of the Amarillo Police Department. Eight months later, it’s murder, according to Sergeant Ed Schroder of the Special Crimes Unit, and the probable murderer is the widower. Standing between James Steele and Sergeants Jenner and Schroder is John Lloyd Branson, reputed to be the best criminal defense attorney in Texas. In his formal three-piece suits, cowboy boots, Phi Beta Kappa key, he is certainly the most eccentric attorney. Assisted by his legal clerk, Lydia Fairchild, John Lloyd must prove that the most unlikely, indeed the most impossible, suspect is a cold-blooded murderer.