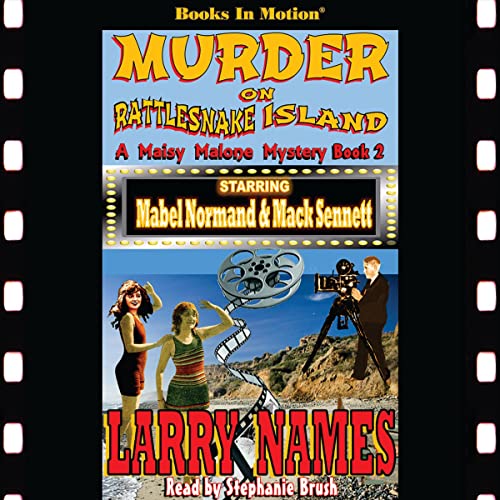 Maisy Malone and her three best friends have their Christmas day picnic at the beach spoiled by the discovery of a dead Japanese fisherman. They report the body to the Santa Monica police who notify the Los Angeles County Sheriff's Department because the body was found outside the city's jurisdiction. The sheriff decides not to waste any time or money investigating the murder. Maisy is offended by their racist attitude, so she and Mabel Normand decide to use their Christmas vacation from making movies to investigate the crime on their own. The clues lead them to the back alleys of Rattlesnake Island, the old name for San Pedro's Terminal Island, where they discover a secret society of cutthroats and smugglers that has no ethnic limits.

The two young women, with the assistance of L.A. Police Detective Sergeant Eddie Brown, snoop where they shouldn't and nearly lose their lives as they hunt down the killer of Japanese fisherman Masi Tanaka.

What listeners say about Murder on Rattlesnake Island