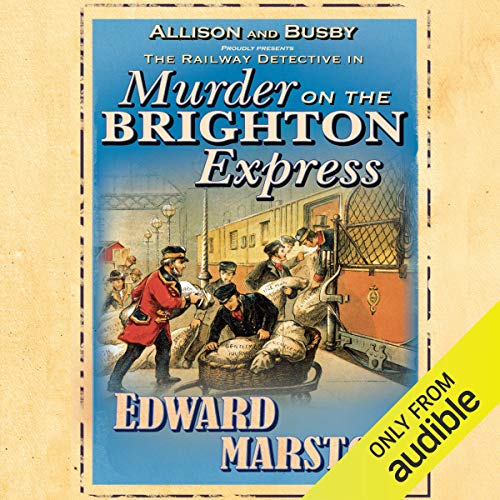 Murder on the Brighton Express

When the engines finally met, there was a deafening clash and the Brighton Express twisted and buckled, tipping its carriages on to the other line. It was a scene of utter devastation.

October 1854. As crowds of passengers rush to make the departure of the London to Brighton Express, a man watches from the shadows nearby, grimly satisfied as the train pulls out of the station. Chaos, fatalities and unbelievable destruction are the scene soon after when the train derails on the last leg of its journey. Could it simply be a case of driver error? Detective Inspector Colbeck thinks not.

I enjoyed this light story. It was very entertaining. The setting and the era make for a good read. Very enjoyable book.

Another Wonderful Entry in the Series

I've loved every book in this series so far. The plot was ingenious and combined with Sam Dastor's lovely narration, I listened almost straight through. Just one tiny complaint - please stop allowing Sgt. Leeming to get clunked on the head in every book. It's going to cause permanent damage if you aren't careful. #Train Mystery #Victorian #Suspenseful #Tagsgiving #Sweepstakes

Hard to spot the clued which is good!

There are surprises all the way through, amazing how the sentiments if a book covering events in the 1850’s are able to fit so well with modern times, cleverly written keeping the reader in suspense almost all the way to the end. Well read and hard to put down