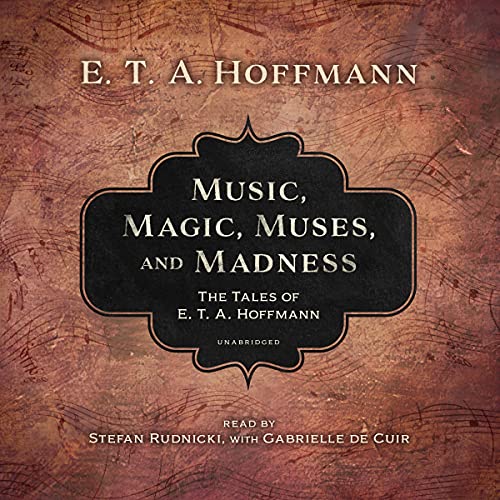 “Don’t you too believe, kindly reader, that the sparks which fall into our hearts from the higher regions of Love are first made visible to us in the hours of hopeless pain? And so it is with the doubts that storm the artist’s mind. He sees the Ideal and feels how impotent are his efforts to reach it; it will flee before him, he thinks, always unattainable. But then again he is once more animated by a divine courage; he strives and struggles, and his despair is dissolved into a sweet yearning, which both strengthens him and spurs him on to strain after his beloved idol, so that he begins to see it continually nearer and nearer, but never reaches it.” (E. T. A. Hoffmann, “Arthur’s Hall”)

In this original compilation from Skyboat Media, composers and artists, miners and soldiers, tinkerers and amateur psychologists must fend for themselves in the struggle for their own “ideal” wherein they may find either happiness and salvation, or tragedy and madness.

In “The Cremona Violin”, an eccentric violinmaker, who does not allow anyone to play his masterpieces, is hiding a mysterious young woman with the loveliest singing voice. He does not permit her to sing nor allow anyone to see her, but it is only years later that the truth of his strange behavior comes out. Then in “The Mines of Falun”, a young sailor returns home to find himself alone in the world and is tempted by ghostly old miner’s tales of the riches hidden just below their feet. An amateur psychologist hopes to cure a hermitic priest who believes he is thousands of years old in “The Story of Serapion”.

In Hoffmann’s most famous story, “Nutcracker and the King of Mice”, we revisit the childhood classic that inspired the famous ballet, but there is a more sinister truth behind the origins of this beloved toy soldier. Then in the old town of Dantzic, a young merchant falls in love and is inspired by a new muse to abandon his profession and pursue his love of painting in “Arthur’s Hall”. Finally, in “The Sand-Man”, Nathanael, who has been haunted by childhood nightmares of the Sandman and the memory of his father’s horrific death, must now face the fact that these terrors may not only be confined to his youth.

What listeners say about Music, Magic, Muses, and Madness