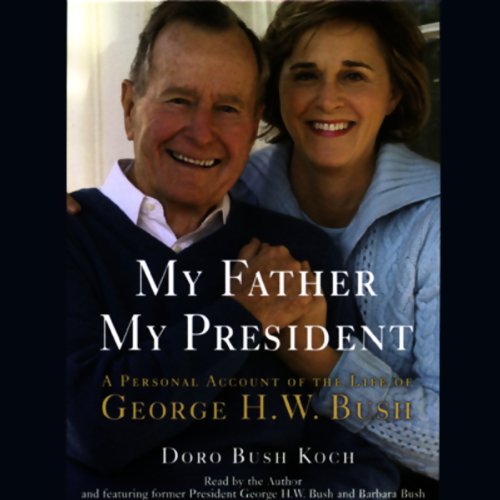 My Father, My President

From heading the CIA amid high tensions with the Soviets to overseeing the end of the Cold War as president of the United States, former President George H. W. Bush played a major role in the second half of the 20th century. In this book, his only daughter, Doro Bush Koch, examines the many roles her father has played: statesman, political leader, businessman, family man, sportsman, comedian, and, of course, father.

Using events from his life, Doro Bush Koch examines how her father confronted challenges, how he responded to crises, and how he kept his humor and personality through it all. She wants readers to know and love him as she does...as the man who negates everything the phrase "a typical politician" implies.