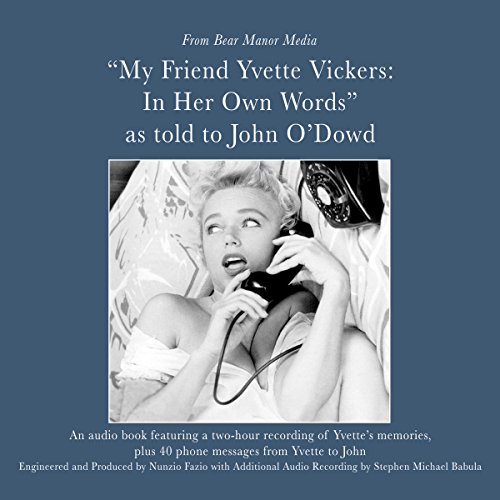 When Yvette, a New York model for White Rain shampoo, first appeared in Sunset Boulevard (1950), she could not have imagined that her own death would be as bizarre as Norma Desmond's gigolo, Joe's.

Years passed, bit parts led to no parts, and Yvette gradually withdrew from the world. Forgotten by nearly everyone, she was last seen alive in 2010. In 2011, her mummified body was discovered in her home, and forensic scientists determined that she had been dead for as long as a year from heart disease.

John O'Dowd now reveals the secret recordings she made in her last years that reveal in her own voice the truth about her life and career. Hear her retell behind-the-scenes stories of the show business that brushed her aside, her dashed dreams, and her realized hopes. Her voice, warm-hearted and still resonating with humor, tells the inside story no one heard before her grisly death.

What listeners say about My Friend, Yvette Vickers