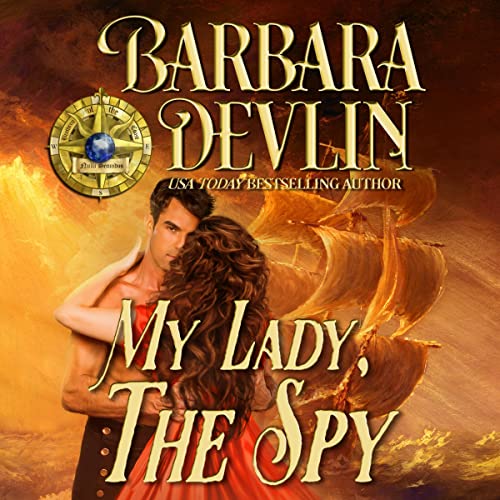 My Lady, the Spy

Book two in the Brethren of the Coast series.

Can the mind forget what the eyes have seen?

L’araignee, The Spider, is England’s most notorious spy—and Lady Rebecca Wentworth’s alter ego. After her partner in espionage is killed in the line of duty, Rebecca returns to London, only to discover a traitor has compromised the war effort from the highest levels of the vaunted Counterintelligence Corps. To lure the villain into the open, Rebecca embarks on a new mission, acting as prey for a dangerous enemy. But it is the handsome former Navy captain tasked with her safety who presents the greatest threat, when she falls in love. Can Rebecca trade her cloak of office for an ermine-collared pelisse, her trusty dagger for opera glasses, and shed the underworld of espionage to claim the future she desperately desires?

When Nautionnier Knight Dirk Randolph is sent to evacuate spies from the Continent, he is shocked to find a beautiful noblewoman in service to the Crown. A no-nonsense man accustomed to a ruthlessly ordered life, his world is upended when he is paired with the intriguing operative and must act the part of smitten suitor. While he protects the fascinating agent provocateur, he does not guard his heart. But can he accept that his ladylove and the spy exist as two sides of the same coin?

What listeners say about My Lady, the Spy