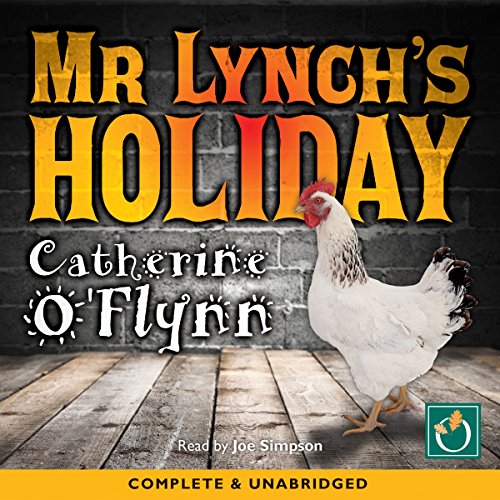 Eamonn Lynch stares at the letter announcing the imminent arrival of his father, Dermot. His first thought is: I’ll make an excuse, I’ll put him off. But it is too late. Dermot is already here, in southern Spain, and soon he’ll discover that Eamonn lives in an unfinished building site; that Laura’s left him; and that it’ll be just the pair of them for two long, hot weeks. Eamonn doesn’t seem to know what to make of his father’s arrival. Swept up in Eamonn’s British expat neighbours’ ceaseless barbecuing and bickering, both father and son slowly discover the truth about each other and the family past. But at the same time they uncover a shocking, unacknowledged secret at the heart of this beleaguered community.

"A comic genius ... entertaining and often thoughtful" (Daily Mail)
"Delightful ... a rare love story between a father and a son" (Sunday Telegraph)
"An awesomely talented writer" (Jonathan Coe)
"O'Flynn writes with brilliant wit and warmth about people cast adrift in contemporary wildernesses, and the resolution between father and son is surprising and satisfying" (The Times)
"The charm of this story of the skill and pathos with which the touching father and son relationship is portrayed. Subtle, clever and thoroughly enjoyable" (Sunday Mirror)

What listeners say about My Lynch's Holiday

I thoroughly enjoyed Catherine O'Flynn's earlier novel, 'What Was Lost' and this book is every bit as good. In this one she writes about the father and son relationship with warmth, humour and a really tender heart. The Spanish ex-pat community where Eamonn the son lives, is made up of an entertaining array of characters, all desperately searching for happiness in a half built, run down Spanish estate surrounded by illegal immigrants and possibly hostile locals. Dermot the father is an unassuming first generation Irish bus driver who has lived in Birmingham during the difficult years in the seventies. Eamonn speaks with a broad Brummie accent, has pretensions of being a novelist and finds it difficult to reconcile with his Irish roots. Both are brought together after Dermot’s wife has died and Eamonn’s girlfriend has left him alone in a place he despises. The initial encounter when Dermot decides to take an uninvited holiday with Eamonn is not promising but what ensues is a wonderful story of tragedy, comically compromising situations, intrigue and most of all hope for a better future no matter what has happened in the past.
This book is beautifully read by Joe Simpson. There are a few recording glitches (e.g. paper rustling and hesitancy), but not enough to mar this little gem. It is a shame that this novel seems to exist only on the outer edge of Audible’s vast library so I really hope this review encourages you to read this lovely book and also ‘What Was Lost’. If you enjoyed ‘The Truth about Sheep and Goats’ I think you may like this.