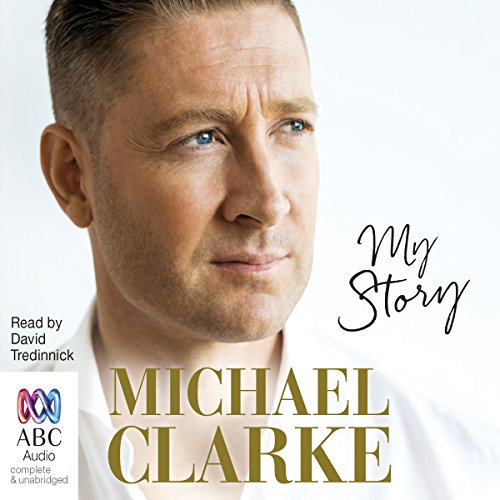 Michael Clarke is an international cricket legend and one of the most talked about Australians of the 21st century. He was the greatest batsman of his generation and, as captain, possessed the sharpest tactical mind in the game.

Bursting onto the scene in 2004 with a Test century on debut, Michael Clarke was Australian cricket's golden boy. And the batting prodigy they nicknamed Pup certainly fulfilled his destiny in a stellar 11-year international career of 115 Tests, 8,643 runs and 28 centuries.

Yet Michael Clarke also sparked fiercer debate than any other Australian sports star. For a decade his personal life, career fortunes and controversies - real or imagined - were splashed across front pages and scrutinised. Was he simply a hardworking western suburbs kid living every Aussie boy's dream? Or a 21st-century cricketer mired in all the trappings of celebrity?

My Story is the real Michael Clarke, standing up and speaking out for the first time.

What listeners say about My Story

best cricket book i have read.

this is easily one of the best books written by a cricketer. so much of matters explained which were not really cricket. his euology on phil hughes emotional. superb narration. enjoyed the entire book .

really enjoyed the listen. great insight into an individual and how a captain and a team work out not work as was his case in the end. well done Michael for telling your side of a fantastic career.