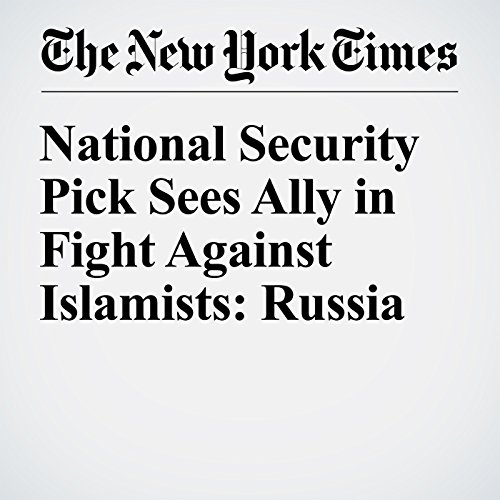 Lt. Gen. Michael T. Flynn, President-elect Donald Trump’s choice for national security adviser, traveled to Moscow about a year after he took charge of the Defense Intelligence Agency to cultivate what he saw as natural allies in the fight against Islamist militants: Russia’s spy agencies.

"National Security Pick Sees Ally in Fight Against Islamists: Russia" is from the January 10, 2017 World section of The New York Times. It was written by Matthew Rosenberg, Mark Mazzetti and Adam Goldman and narrated by Fleet Cooper.