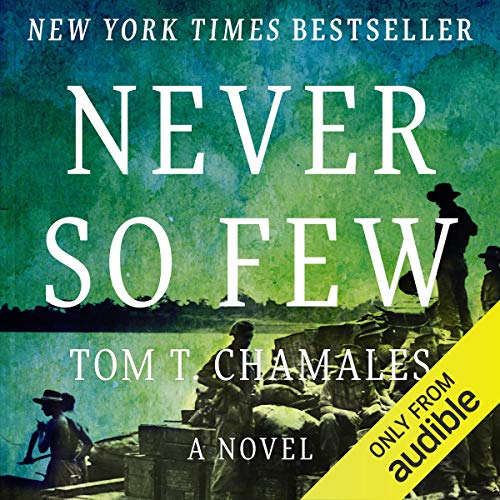 American soldiers and native Kachin troops battle Japanese forces behind enemy lines in the Burmese jungles. But during the brutal campaign to gain territory in the unforgiving tropical landscape, Captain Reynolds and his band of special operations soldiers and guerrilla fighters struggle to find self-awareness, and even love, in the midst of the trials of combat.

One of the youngest officers to serve in Merrill’s Marauders and OSS Detachment 101 - precursors to the Green Berets and Central Intelligence Agency - author Tom T. Chamales brings an unparalleled level of authentic detail and raw intensity to this work of fiction based on his real-life experience in the jungles of Southeast Asia. Never So Few is “an extraordinary and powerful book”, unflinching in its portrayal of wartime sacrifice and violence (Kirkus Reviews, starred).

The basis for the movie starring Frank Sinatra and Steve McQueen, it offers “dramatic, exciting, and concretely detailed accounts of battle action” and joins the ranks of other classic war novels such as From Here to Eternity and The Naked and the Dead in bringing later generations to the front lines and into the inner lives of the brave men who served (The New York Times).

What listeners say about Never So Few