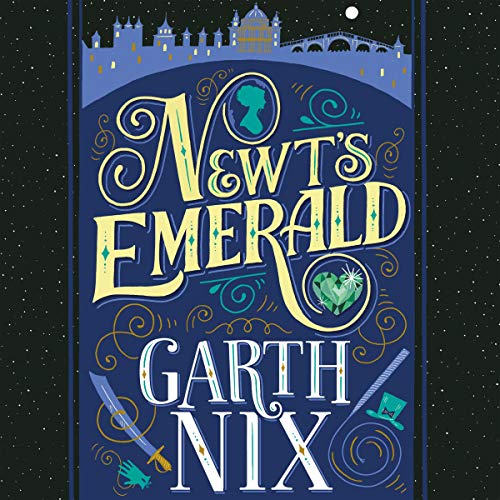 Inspired by the works of Georgette Heyer and Jane Austen, Garth Nix's Newt's Emerald is a lighthearted Regency romance with a fantasy twist.

After Lady Truthful's magical Newington Emerald is stolen from her, she devises a simple plan: go to London to recover the missing jewel. She quickly learns, however, that a woman cannot wander the city streets alone without damaging her reputation, and she disguises herself as a moustache-wearing man.

During Truthful's dangerous journey she discovers a crook, an unsuspecting ally and an evil sorceress, but will she find the Emerald?

What listeners say about Newt's Emerald