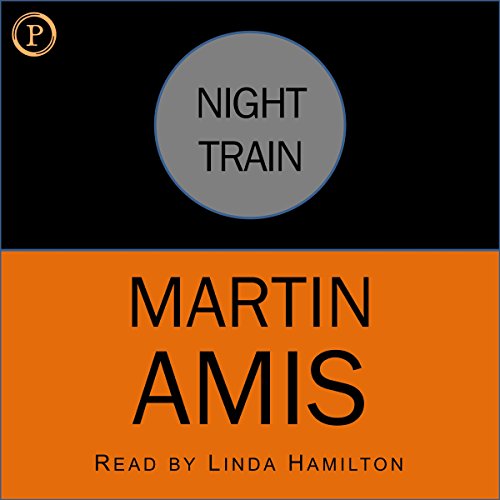 Detective Mike Hoolihan has seen it all. A 15-year veteran of the force, she's gone from walking a beat, to robbery, to homicide. But this one case has gotten under her skin. When Jennifer Rockwell, darling of the community and daughter of a respected career, now top-brass, cop takes her own life, no one is prepared to believe it … especially her father, Colonel Tom. Mike Hoolihan, longtime colleague and friend of the Colonel, is ready to "put the case down." Suicide. Closed. Until Colonel Tom asks her to do the one thing any grieving father would ask: take a second look.

Not since his celebrated novel Money has Amis turned his focus on America to such remarkable effect. Fusing brilliant wordplay with all the elements of a classic whodunit, Amis exposes a world where surfaces are suspect (no matter how perfect), where paranoia is justified (no matter how pervasive), and where power, price and pride are brought to a low by the hidden recesses of our humanity.

Listening to this book I was impressed by how much the voice of the narrator captured and even enhanced the character that she portrayed. Her voice brought in another dimension, with all the colours and character that a human voice can bring. Its a great illustration of why I have become so attatched to audio. I hope to hear other stories from her.
As well as great narration it was a suspenseful tale, and quite credible.
Thankyou Audible.

Linda Hamilton was outstanding. I listened to this one in one sitting. The story was ok. Linda Hamilton makes this worth your time. Well done!

There is a problem in that the narrator appears to have difficulty in speaking in more than one 'voice'. This means that in two-person dialogues it is quite difficult to know which character is saying which words.

A hard bitten cop takes a swim in a pool of existential crisis. Left me off kilter but the story rattles along at a cracking pace-never bored.

Martin Amis does film noir and he does it quite well. The narrator, the detective, describes how this case was 'the worst' and then goes on to recount the worst case ever, only she never really does. The reader is completely robbed of any ah-ha moments. The end has so soured my experience I find it hard to say nice stuff, but to be fair it keeps your interest.