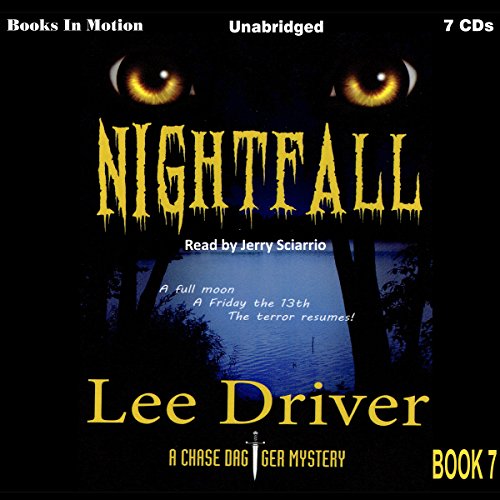 In Full Moon - Bloody Moon (book two), Chase Dagger and his cohorts confronted the curse of the Addison family. Paul Addison had been an unassuming character, quiet and subdued, but with one lethal flaw: he had been born on a Friday the 13th during a full moon. All of the men in the Addison family born during an identical occurrence inherited the same curse, transforming them into bloodthirsty predators. But Paul Addison had a fiery end to his life. If that's the case, then who has been on a killing spree for the past seven months? Killings that become increasingly brutal around a full moon? Injuries so merciless they couldn't possibly have been made by anything human?

How much more can the killings escalate as it approaches a full moon and a Friday the 13th? As though Dagger didn't have enough to worry about with his former employer on his trail, he now has to protect the woman he loves, because every victim of the current serial killer is a woman. And each is named Sara.

What listeners say about Nightfall

What a tangled web

Great story excellent narration and of course all the characters we love in the series. Skizzy, Padre, Sara, and the evile Beta corporation or is that corporations?
If you haven’t yet read or listened to first books you should.