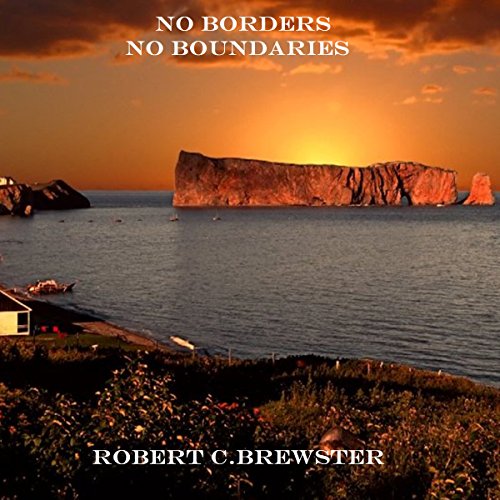 No Borders, No Boundaries

No Borders, No Boundaries is a compelling thought provoking tale of mystery intrigue and romance. A cast of no nonsense characters that the author/narrator brings to life in an exciting manner. They're compelling sparkling dialogue compel you to feel for their predicaments. The action takes place over a three month period in 2001. From the cruel streets of Washington D.C. to the peaceful shores of the Gaspé Peninsula in Quebec, Canada; this action packed thriller will hook you from the start.

Amidst all the mayhem, there are real people and their turbulent lives that are changed forever. The story thrives on deception and deceit and for some deliverance. There are new beginning and sudden endings. The story encompasses the shadowy lives of underworld crime figures and the innocent victims who are dragged unwillingly along with them. There are the hunters and the hunted whose roles explicitly become reversed. It's a story of live, love and death that all happen out of the blue. Robert C. Brewster tells the story in such a dramatic way it makes you feel like you're right there in the heart of it all.

What bad narration does for a book

I could have maybe given this 4 or 5 * if the publishers had taken an experienced reader to put this book into words, which would have then made it worth listening to. I turned this off after 22 minutes because the narrator ( the author ) spoke the entire time in a single monotone, which meant I could not get interested in the storyline as it was just too boring.

You need someone who has the experience to bring the characters to life and make the story worth following.

Sorry, but this is one I will be asking for a refund over.

Totally monotone narration with no genuflection in the voice. This made it hard to enjoy the book as you could not differentiate between the different characters.

Only if you need something to send you to sleep.

The publishers made their biggest mistake by using the author to record this audiobook. If they had used somebody who is a regular book narrator and made the characters different voices it might have stood a chance.