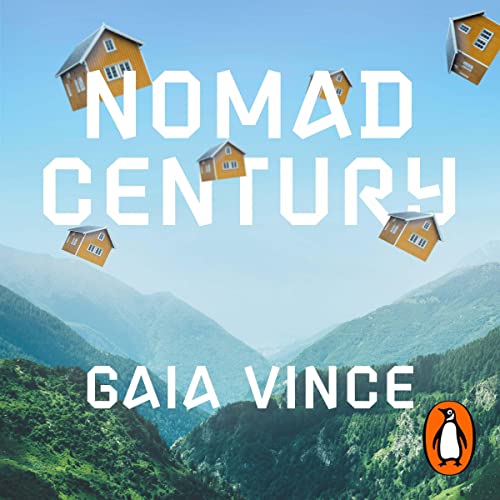 A tremendous upheaval is coming this century: with every degree of temperature increase, roughly a billion people will be pushed outside the zone in which humans have lived for thousands of years. While we can and should do everything we can to mitigate the impact of climate change, the brutal truth is that huge swathes of the world are becoming uninhabitable. From Bangladesh to Sudan to the southern and western United States, and in cities from Cardiff to New Orleans to Shanghai, the quadruple threat of drought, heat, wildfires and flooding will uproot billions of people. Mass migration will remake the world in the 21st century, either by accident, or design—and as Royal Society Science Prize-winning science journalist Gaia Vince shows us, far better the latter.

In this galvanising and persuasive call to arms, Vince demonstrates how we can manage the coming climate migration. But the vital counter-intuitive message of this book is that migration is not the problem—it's the solution. Not only will billions of people have no choice but to relocate, but advanced countries are facing demographic crises due to shrinking, ageing populations and the resulting labour shortages. Drawing on a wealth of eye-opening data, Vince describes how migration demonstrably brings tremendous benefits not only to migrants themselves, but to host countries, who benefit economically as well as culturally. A borderless world is not something to fear: in fact, a World Bank study suggested that it would triple global GDP. As Vince shows us, we will increasingly be moving north, into the Arctic circle, and to countries like Canada, Greenland and Russia that will only benefit from rising temperatures and increased populations.

While the planetary emergency of climate change is finally getting the attention it deserves, the inevitability of mass migration has been largely ignored. In Nomad Century, Vince provides, for the first time, an examination of the most pressing question facing humanity.

"A tour de force... Nomad Century should be on the reading list of anyone and everyone in any position of power. It is not simply a future atlas of human geography showing where will be habitable and for how many, but a hard-hitting must-read on how we will need to live in the coming decades to secure the long-term survival of humankind." (Anjana Ahuja)

"Essential, bold and clear-sighted... I have yet to read a book that takes the question of how to survive the coming decades more seriously." (David Farrier)

What listeners say about Nomad Century

clearly explains all the dangers and possible solutions, I really hope politics don't screw us over to much to be able to reach an acceptable solution to the climate and migration problems, but I don't see it going as wel as the best possible solutions she proposes, unfortunately.

Excellent and positive overview of the challenges

It would be easy to dismiss this book as overly utopian but that would be lazy and wrong. There is no doubt we face massive climate change related challenges as a specie, anyone who tells you otherwise is motivated by libertarian ideology or/and short term financial gain.

In her book Gaia explains the issues we face clearly and calmly, outlines possible solutions and sets out a case for urgent and radical action on a range of fronts. As she says, one of the key issues is whether we act now or wait for massive, unprecedented disasters to kill millions and drastically reduce the quality of life for many more. Her media skills and experience also make her an excellent reader.

essential discussion on migration and climate

Having listened to Gaia being interviewed on many podcasts about her book I thought this book would be solely a out population and migration. That is why I bought the book and its what I feel needs discussing more than almost any subject in the climate space as it will succeed of fail based on how well people understand the need for free movement around the world for climate adaptation and future prosperity. However, Gaia has also done one of the most comprehensive dives into just about all the other climate solutions we need to think about.
If you are interested in imagining a better future you have to read this. I have been buried in the climate world for well over a decade now and this is an excellent and current appraisal of where we are now, what our options are and also what we need to do to successfully address climate. Read it for that, but read it more for the discussion on population and migration.

Gaia says that migration is our natural survival instinct and does briefly mention how ancient migrations almost or totally replaced males but doesn’t go into details of what horrors that must have entailed. And then she discuss how we haven’t reduced carbon output despite knowing the consequences for decades but assumed the northern hemisphere would accept and welcome billions of migrants. She could at least have devoted more time to give the alternative scenario of how life would be in the north if we didn’t allow mass migration. Like zero carbon, it’s a nice idea but humans are too selfish to allow it until there is no other option