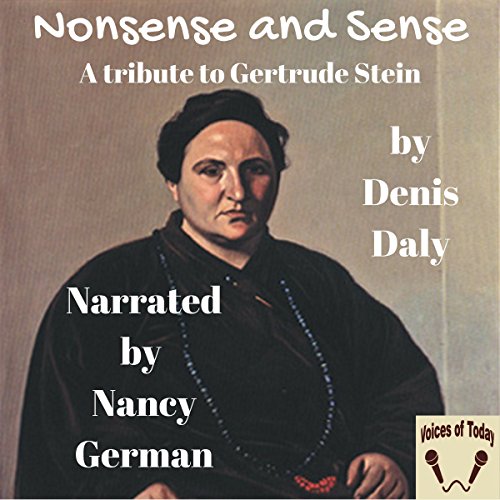 Among authors, Gertrude Stein is one of the most celebrated - some would even say notorious - iconoclasts.

After starting out as a novelistic storyteller, she explored the notion that words have sufficient power in themselves to create context, and hence the historical structures represented by the novel and narrative poem became unessential, although still useful.

A writer like Gertrude Stein is an obvious target for parody. However, this piece was devised not just as a parody but also as a tribute. Whether one wishes to admit it or not, Gertrude Stein was a seminal figure in 20th century literature, one whose contribution will be the source of study and discussion for generations to come.

What listeners say about Nonsense and Sense

This audio essay was conceived as a parody/tribute to Gertrude Stein, an author I have not read. I admired Denis Daly's clever, intentionally nonsensical wordplay, made particularly enjoyable by narrator Nancy German's beautifully lyrical delivery!