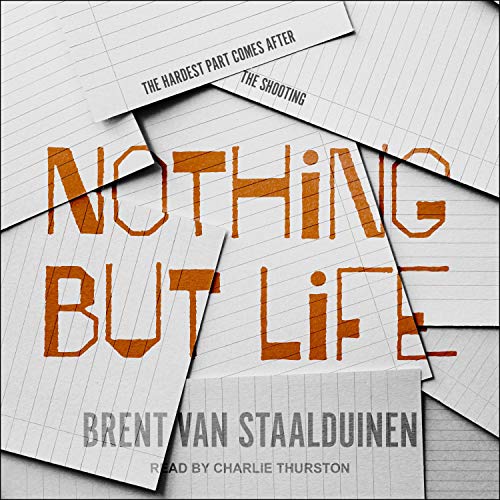 During a sweltering summer, Dills must come to terms with a horrific crime and the parent he loves who committed it.

Dills and his mom have returned to Hamilton, her hometown, hoping to leave the horrors of Windsor behind. But it's impossible to escape the echoes of tragedy, and trouble always follows trouble.

When Dills hurts a new classmate, it comes out in court that he was in the Windsor High library when the shooter came in. But he won't talk about what he saw, what he still sees whenever he closes his eyes. He can't. He definitely can't tell anyone that the Windsor shooter is his stepfather, Jesse, that Jesse can speak into his mind from hundreds of kilometers away, and that Dills still loves him even though he committed an unspeakable crime.

What listeners say about Nothing but Life