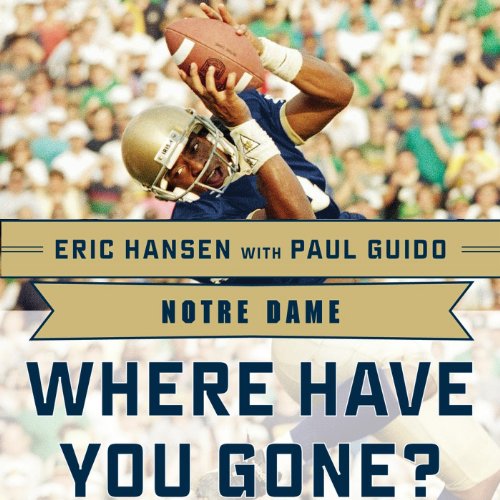 Since the fighting Irish first took to the field in 1887, Notre Dame has developed an incomparable level of tradition and achievement - both on the gridiron and in the classroom. With a record 96 All-American players and seven Heisman Trophy winners, it's no wonder several of Notre Dame's stars have gone on not only to star in the NFL, but also to successful careers and accolades in all walks of life.

Notre Dame: Where Have You Gone? catches up with Fighting Irish players - from All-Americans and a former head coach to a few guys who barely made it off the bench, but reached their greatest achievement after leaving football. Fans will find out how quarterback Tom Krug became Dick Vitale's grandson, receiver Joey Getherall came to join the Los Angeles police department, and running back Nick Eddy is now teaching special education. These and countless other stories capture the flavor and spirit that is Notre Dame football.

With 13 national championships and seven Heisman winners, Notre Dame has one of the most storied football programs in Division I history, and Paul Guido and Eric Hansen take a look at some of the contributors to the long Fighting Irish tradition, from All-American stars to bench players, and sees where they are now. Scott Thomsen's performance is snappy and decisive, giving pertinent background on these 37 individuals before describing their careers at Notre Dame as well as their post-football lives. Notre Dame: Where Have You Gone? captures on-field glories as well as those found in everyday life.

What listeners say about Notre Dame